CA GOPAL Mohanka
14:36 12 Dec 19
Tally stack, provide tally on cloud to access tally anywhere at low rate. Tally stack, especially Akshay commitment... towards ensuring that the customer has no glitches in running the business, very quick response to issues. Work with a good system and process style.I am satisfied customer and recommending to all please use tally provided by Tally stack.CA.Gopal Mohankaread more

Kanav Mahajaniu
08:02 06 Sep 19
Has been using services since last 1 year satisfied with the service. Quick response from support team.Thanx for the... trouble free servicesread more

Vishal Dharmadhikari
09:04 21 Aug 19
Really delighted with their services. Being associated with them since a year, we have increased our work capacity and... efficiency by running our services on cloud. The service team is really kind and provide quick assistance.read more

sundareshwar chetty
00:14 27 Jul 19
Very happy to have been associated with tally stack,especially Akash s commitment towards ensuring that the customer... has no glitches in running the business,very quick response to issues,work with a good system and process styleWishing Tallystack the very best in all their future endeavoursGood luckread more

Kaustubh Chauhan
10:33 24 Jul 19
The organisation is providing a great service. Having tally on cloud has various advantages to increase the... productivity of your organisation. The team at tallystack also provides various customisations which you may need specifically. The team and specially Akshay Rohra is very helpful.read more

tanwir jain
05:29 24 May 19
Thanks Akshay for recommending me best way to access tally anywhere at low rate! tally works perfect. Value for money.
Next Reviews 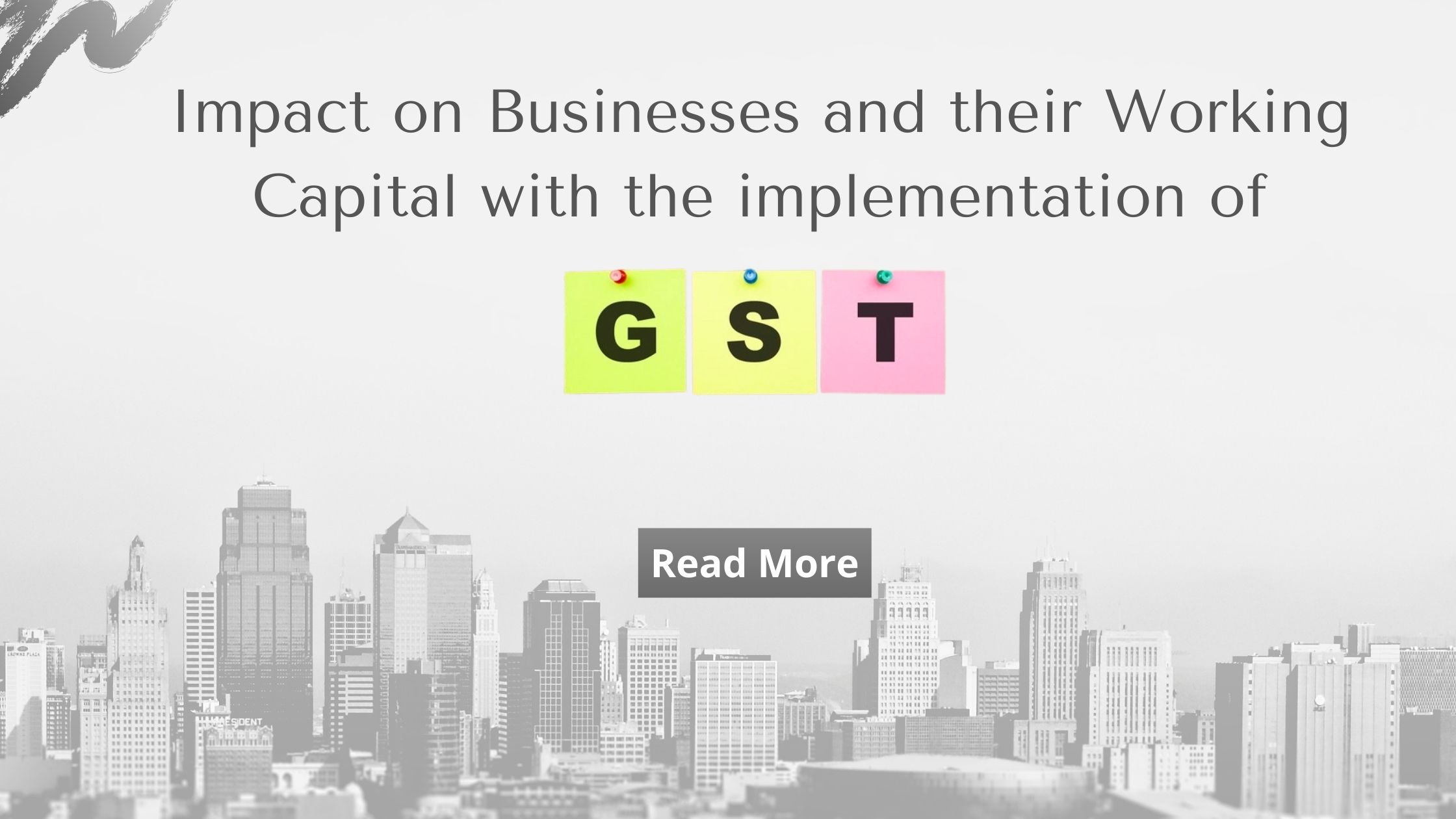 by admin
in Tally News
Comments

Before July 1, 2017, the businesses were very habitual to the tax system in India which were differently imposed with state and international transactions for goods and services separate. There were indirect and direct taxes classified for different transactions.

Though after the implementation of GST i.e. Goods and Services Tax, The Indian taxation became resolved with complex tax systems dissolved. All the direct and indirect taxes imposed were now recognized under one name GST. The Indian government came with this initiative on effect from 1 July 2017 with different rates on different goods and services based on their tax slabs.

The GST had main impacts on the functioning of the businesses and their Working capital for their day-to-day operations in the fields of regular trade, regular inventorial and other expenses, and other recurring expenses for services.

As per the tax system before, many businesses were bound to create their warehouses in different states in order to eradicate extra taxes. Each state has a separate law and tax system which had to be complied with by the businesses. This incurred the businesses to increase their total costs which ultimately affected the working capital of the businesses. With GST’s implementation, the inter-state movement of goods has become a lot easier as the companies do not need to pay their entry taxes. This would reduce the total costs of the companies as they would not require to establish warehouses in different states. This, in turn, would reduce the regular operating costs or the working capital which would benefit the companies to save money on their daily operations.

• Change in rates of operational expenses –

In the business’s day-to-day operations, recurring operating expenses also incur taxes. For example, if you are a producer who produces a specific product by procuring raw materials having a standard GST rate of 18%which ultimately increases the cost. With different tax slabs, different rates of GST are imposed on raw materials and operational services or other outsourced services. Before GST, the standard import duty was around 14% which is 4% less than the current GST rate. This increase in current tax GST would ultimately increase the working capital of the business.

• Services with an increased price –

Even though GST has brought a simpler and beneficial pathway for the companies, it is not the same for every case. When it comes to services, it is 18% which will be charged in comparison to 15% which was charged before for the same.

The Service-based businesses have to think wisely to adjust with this 3% increase in the tax rate to accommodate effective and profitable working capital. The services are therefore divided into 5 sub-parts with different rates for each tax slab from 5% – 28%. This has had a major impact on the working capital of the businesses as with rapid growth in the services sector, the companies have to manage their working capital and have to comply with the existing rate of GST in order to survive.

The above three areas discussed were the three major sectors where the businesses have to think wisely and accommodate their working capital to end with higher revenues and greater benefits.

To learn more about Tally On Cloud, you can check out our videos.